CAT OF THE DAY 001: FOOTSTEPS IN THE FOG 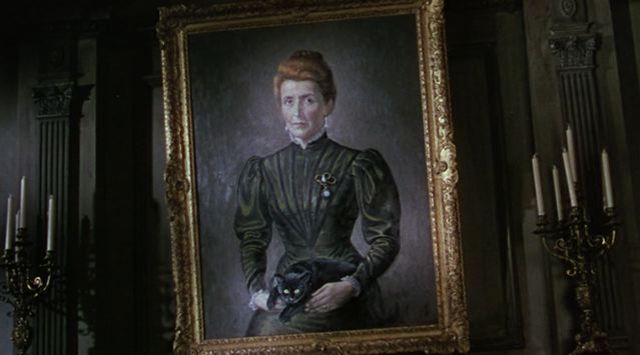 Stewart Granger poisons his wife in this thriller set in what appears to be Edwardian London. While he’s pretending to be a grieving widower and smiling at some caged birds, the black cat lurks around to reproach him (or maybe it’s just hanging around the birds). In any case, he’s not a cat person, though his late wife evidently was.

Later, Jean Simmons (who plays the besotted maid who blackmails Granger into taking her into his bed, with noirish consequences) picks it up and pets it.

No harm comes to the cat, though at one point Granger does aim a half-hearted kick at it.

This entry was posted in Black Cat, Cataphor and tagged Footsteps in the Fog. Bookmark the permalink.