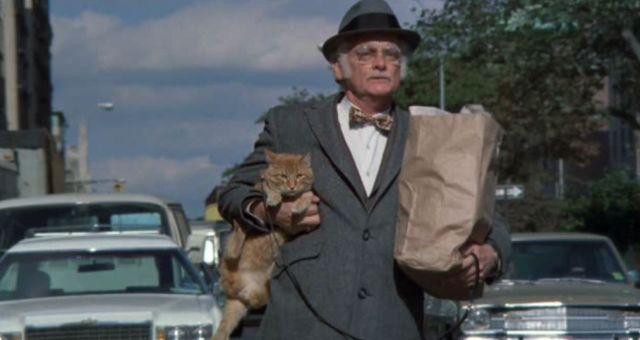 Harry and Tonto, directed and co-written by Paul Mazursky, is a coast-to-coast American road movie featuring one man and his cat, and is a Major Cat Movie. Art Carney, a much-loved character actor probably best known for his role in the American TV sitcom The Honeymooners, won the Academy Award for Best Actor in a strong field that also included Al Pacino in The Godfather: Part II and Jack Nicholson in Chinatown.

I’m not sure Carney’s performance is better than theirs, but when he sings Roamin’ in the Gloamin’ it always makes me cry like a baby. And much as I love The Godfather: Part II and Chinatown, both of which are – let’s face it – better films than this one, neither of those fine actors has ever made me bawl like that.

Had there been an Academy Award for Best Cat, Tonto would surely have waltzed away with it. In my opinion he carries the film – maybe even more so than Carney.

“Until the picture, I never liked cats. But Tonto is a helluva cat. He had two stand-ins – cats that looked exactly like him – in case he got sick or was hit by a car. But old Tonto was a real trouper, never used a stand-in once.” 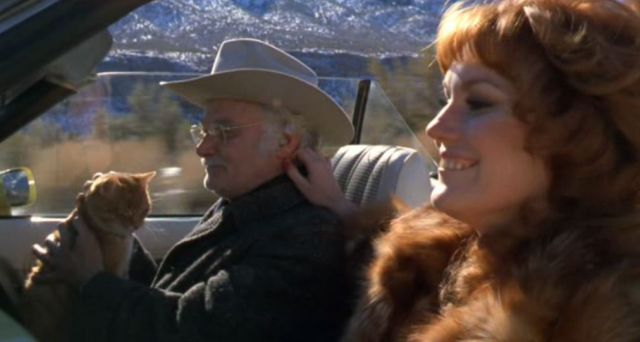